In this article I will try to describe a very interesting hobby – metal detection – and how it relates to our own more general hobby, crown caps collecting.

If you desire to enlarge your own collection with old Soviet caps but don’t want to buy them, and if you can’t manage to make a trade, then metal detection is your chance to get these caps! However, before buying a metal detector, you have to learn whether the breweries in the region have been bottling beer using crown caps or not. Our target is an embossed aluminum crown cap. All the known regions are listed in our catalog. But who knows, maybe you will discover some new points on a map of Soviet crown caps.

We should also mention here Russian legislation in this area. The trend is negative, with laws becoming more tougher for those who hope to use metal detection to find caps. Most likely, sooner or later, we will have to put our detectors back into our cupboards, because metal detection will be completely outlawed by the government. Today it is still permissible to search in fields, forests, and dumps, but we know searching here is not so effective as searching in municipal parks, gardens, and beaches. At any rate, we have to pay attention to people around and there is now a real risk of being stopped or even detained by the police. 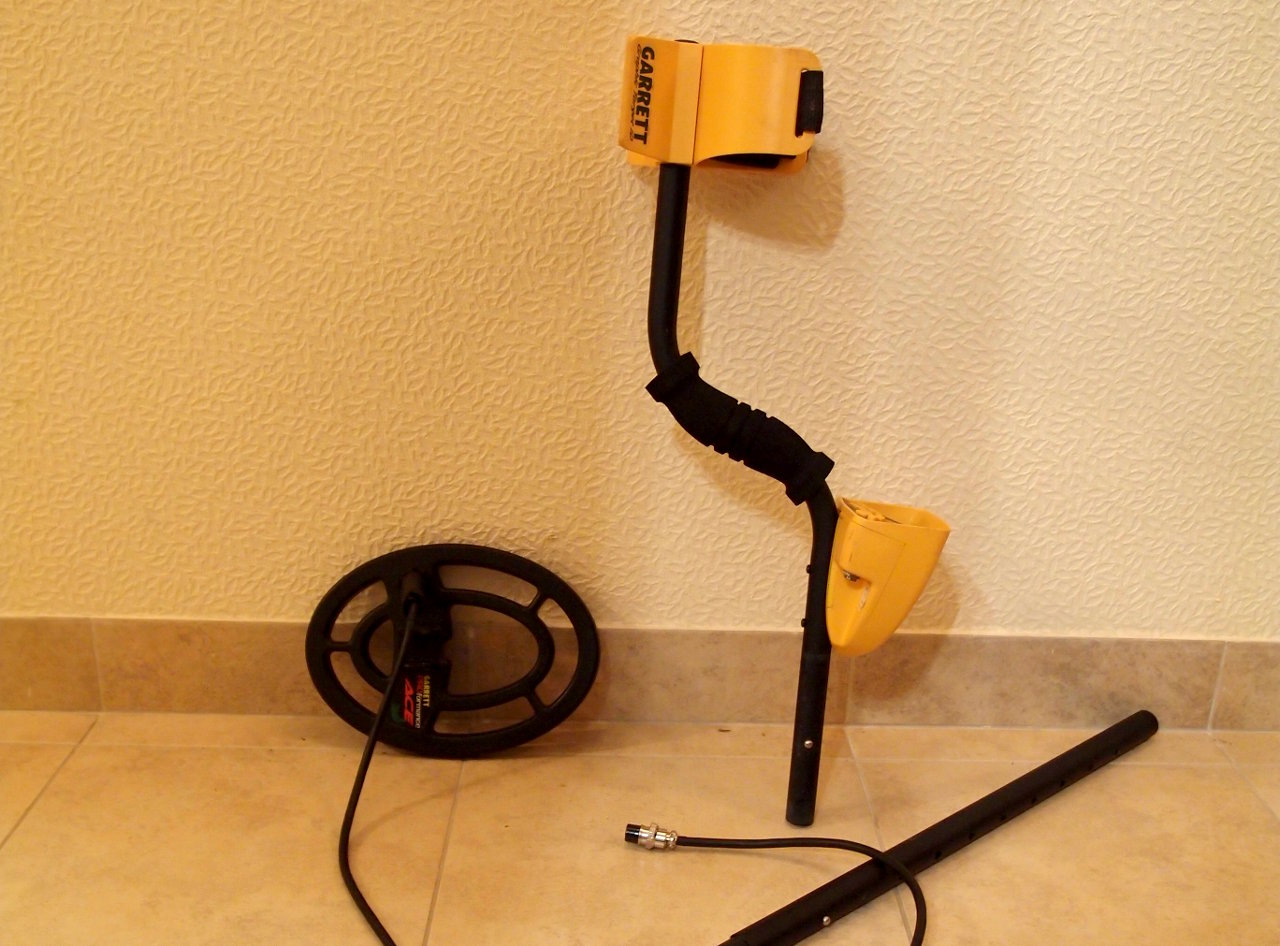 Well, if you still want to proceed, you have to get yourself some equipment. The main tool is a metal detector, MD for simplicity. There is a big variety of MDs on the market and they have many features, most prominently a display backlight and a signal level control showing the form and size of an object on the display. Some manufacturers promise you might find bars of gold, while others guarantee you will be able to search for ancient coins even under water. The variety of prices is also impressive, from a couple of hundred U.S. dollars to several thousands of dollars. What a collector choose? I want to share with you my own experience, and maybe it will help you to make your choice. All prices and trademarks cited below are provided for information purposes only, not for advertising.

Now we have to define what we are searching for. It is a piece of aluminum approximately 1 inch in diameter. (Of course, it would be great to find something else, perhaps of value, but we will be mostly concentrating on crown caps.) So the MD has to detect such an object, which is a simple task for any MD up to about six inches in depth. We don’t need a high-powered MD with a coil having a big diameter, which would make the MD too too heavy to use. For our modest requirements we need the simplest MD. 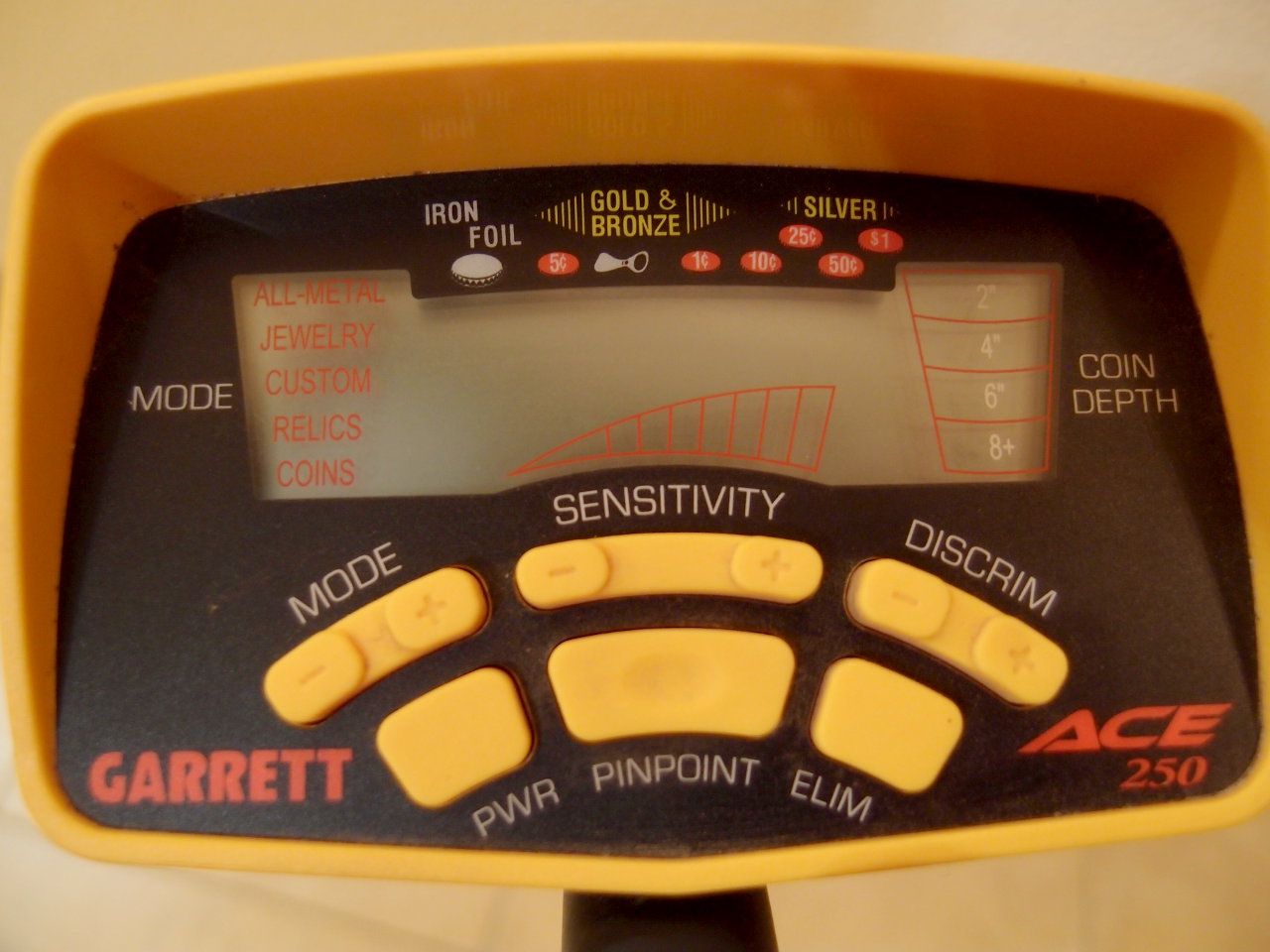 After reading a variety of reviews I selected the most popular MD, the Garrett ACE 250, with a medium-sized 8.5 x 11’’ coil. I spent $350 for this machine, an amount that I would have spent in just five months had I purchased the caps I found with the MD had I instead purchased them for $2 apiece. In this case, I did not go searching every weekend. This MD uses four penlight batteries; their charge is enough for more than one day of continuous operation. It’s a good idea always to have an extra set of batteries, and I recommend you take off batteries after operation to save energy.

The MD can be set to ignore various types of metals, which is why it can be easily set up for iron, aluminum, gold-silver, copper, or their alloys. A scale on the display lets us visualize the setup. Here, aluminum corresponds to the indicator for the “10 cents” coin. All settings can be saved in the internal memory of the device. Also you can set the depth of the objects you are looking for. MD’s coil is waterproof, which is good if you are searching on beaches, but its “brain” needs to be kept free of moisture with a plastic bag. (If you want, you can purchase a special cover.) The MD is easy to transport, assemble, disassemble, and clean. I also have made a couple of customizations. First of all, I have taped a loudspeaker hole. (You can of course buy headphones, but in that case you hardly will hear sounds of coming cops! We don’t need to draw the nice of anybody.) Also I hardened the coil part of the cable with a piece of corrugated pipe. 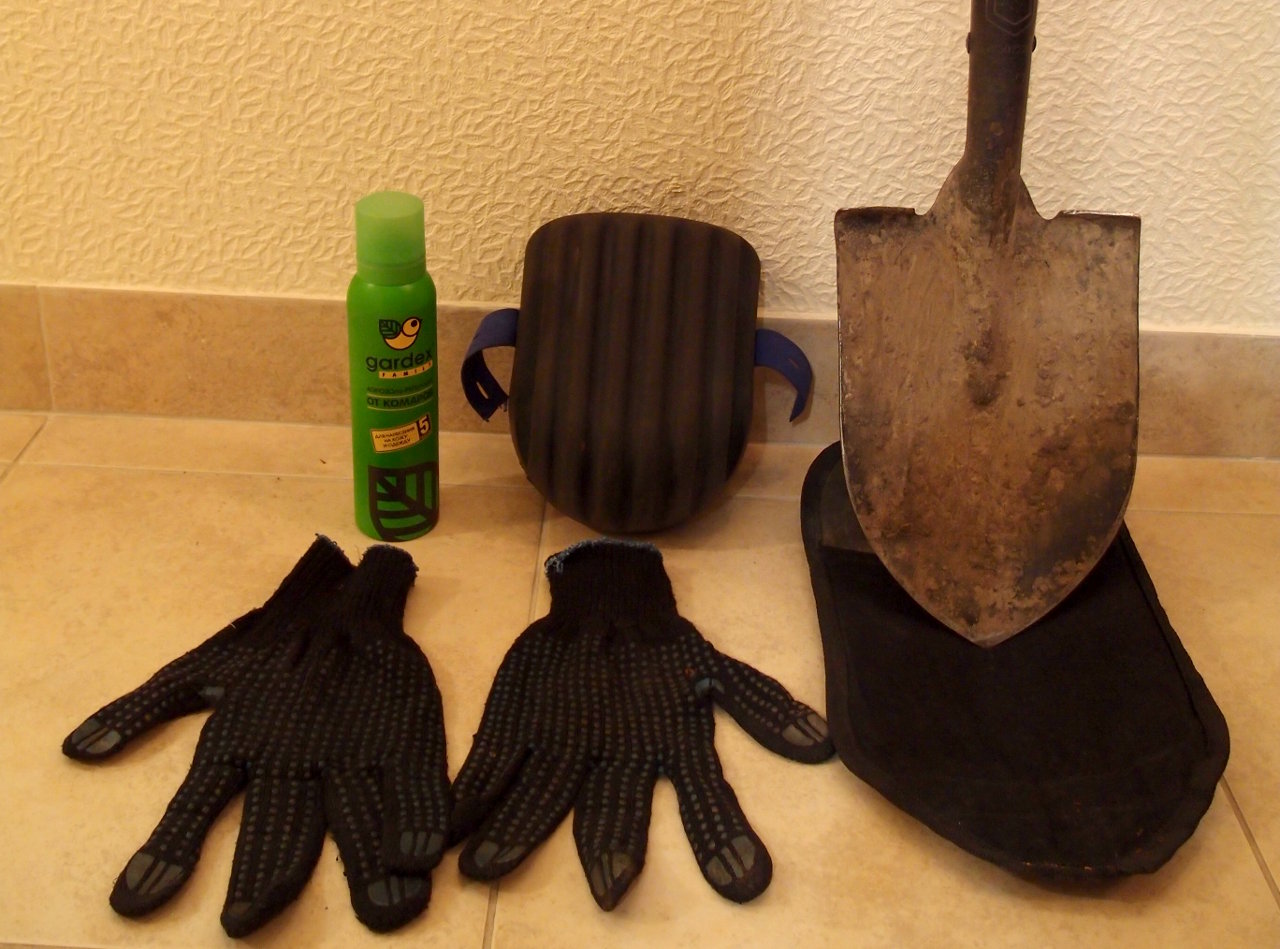 Now, if everything is clear regarding the MD, let me describe other equipment. Your spade should be compact, light, sufficiently solid, portable, and handy. You will dig a lot, so you have to pay special attention when you are choosing it; also, it has to deal with tree roots (for this purpose it may be sharpened a little). You can’t take just any spade, one for garden use for example, and a couple of spades suitable for tourists didn’t live long. Titanium spades are said to be good, but they expensive and hard to be found.

The good old Soviet entrenching tool is the best choice! (With a Soviet spade we would go looking for Soviet caps, how nice!) Where might this spade be sold? The spades I managed to find in local stores were poor excuses compared to those army entrenching tools, but at last I have found something close to my ideal. Even it has to be customized, sharpened, and taped, and the handle has been shortened by 6 inches, but I have been using this spade for a season now without a problem! The deficiencies of this spade are its heavy weight and build-up of dirt.

Also, we need gloves, and work gloves are good enough. In the deep fall you can even wear them over thin woolen gloves. Kneepads are good idea, too. In the summer take anti-mosquito spray, otherwise the forest could turn into hell. And of course you need a backpack for carrying all this. You may want to put in different types of clothes to be ready for a sudden rain or the morning frost. Snacks and a bottle of water are also a good idea!

Your equipment is ready, and now we have to determine a search area. Beer caps might be found in various recreational areas, such as parks, beaches, and forests located close to the city. We must also pay attention to footpaths and points where beer was sold. But, of course, we find the most caps in recreational places. 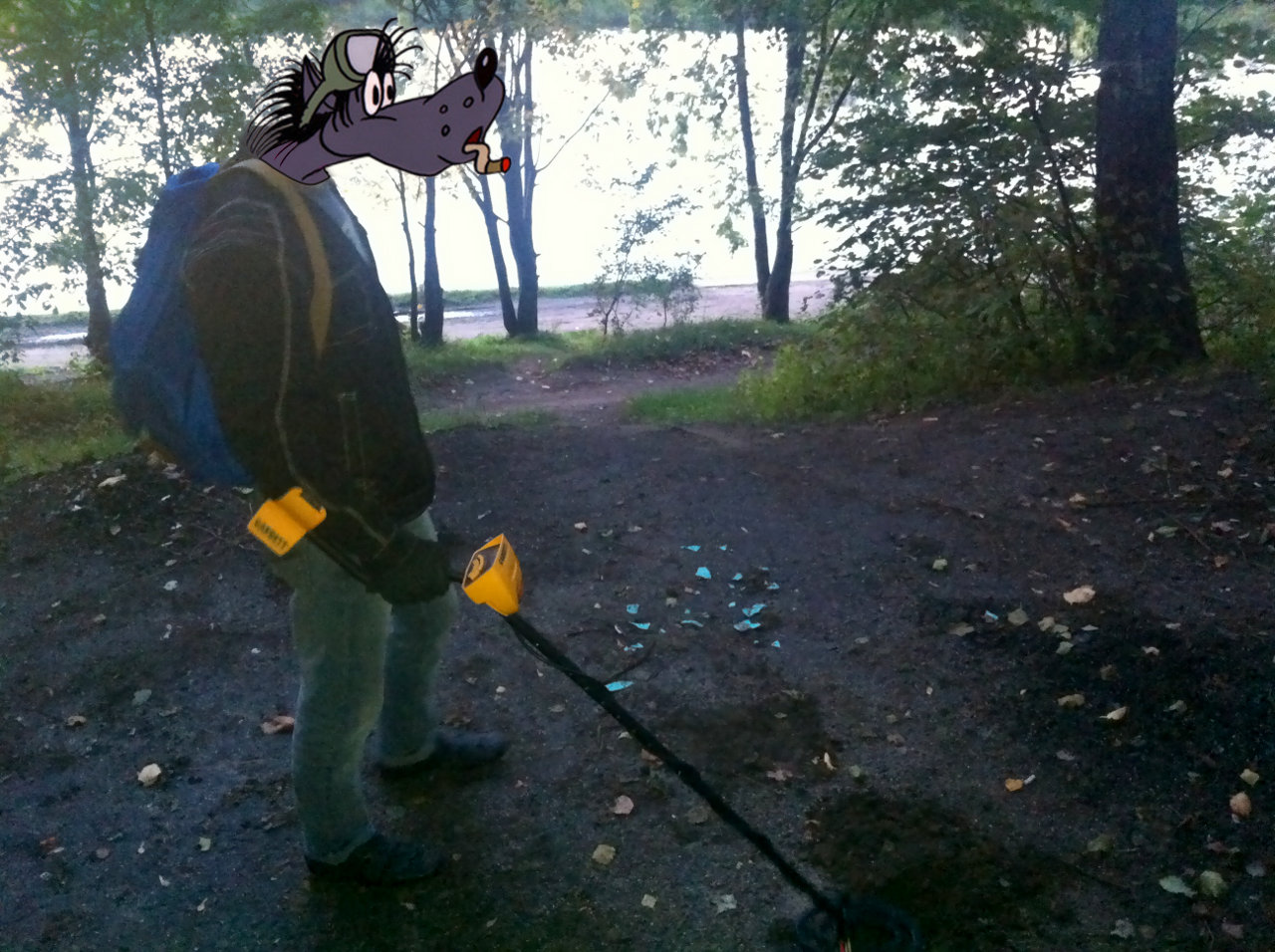 As for the time for searching, the earlier in the morning the better. At 5 a.m. you would hardly run into people walking, sportsmen, or men walking dogs – we don’t want anyone to ask unnecessary questions. So, go out right after dawn. The work should be wrapped up by 9 a.m. Of course, stay away from security guard and cops. If you finally get caught, stay calm, don’t panic, be polite, and don’t try to run away. Try to pick up all of your equipment. Explain that you didn’t know you were doing anything wrong. Offer them the just-found caps as evidence that you were doing something harmless. This works in most cases: most likely they will think you are crazy and release you! Don’t forget to clean up after yourself and fill all holes – we don’t want someone get a foot sprain. Everything must look like it did before we came.

Ok, let’s make a little search! I use the Garrett ACE 250, and the following text will apply to it. Assemble the MD, insert the batteries, turn it on, and set the mode. Start to explore an area. We have to be ready to get garbage instead of caps, though you might find some coins. At the very beginning what you turn up will probably be modest compared to what your more-experienced colleagues will find: a month is needed for you to get the necessary experience, and after that you will be able to hear steady signals of the crown caps. The nearer to the surface a cap lies, the louder the signal is. The extra indication on the display will help us to detect the cap. 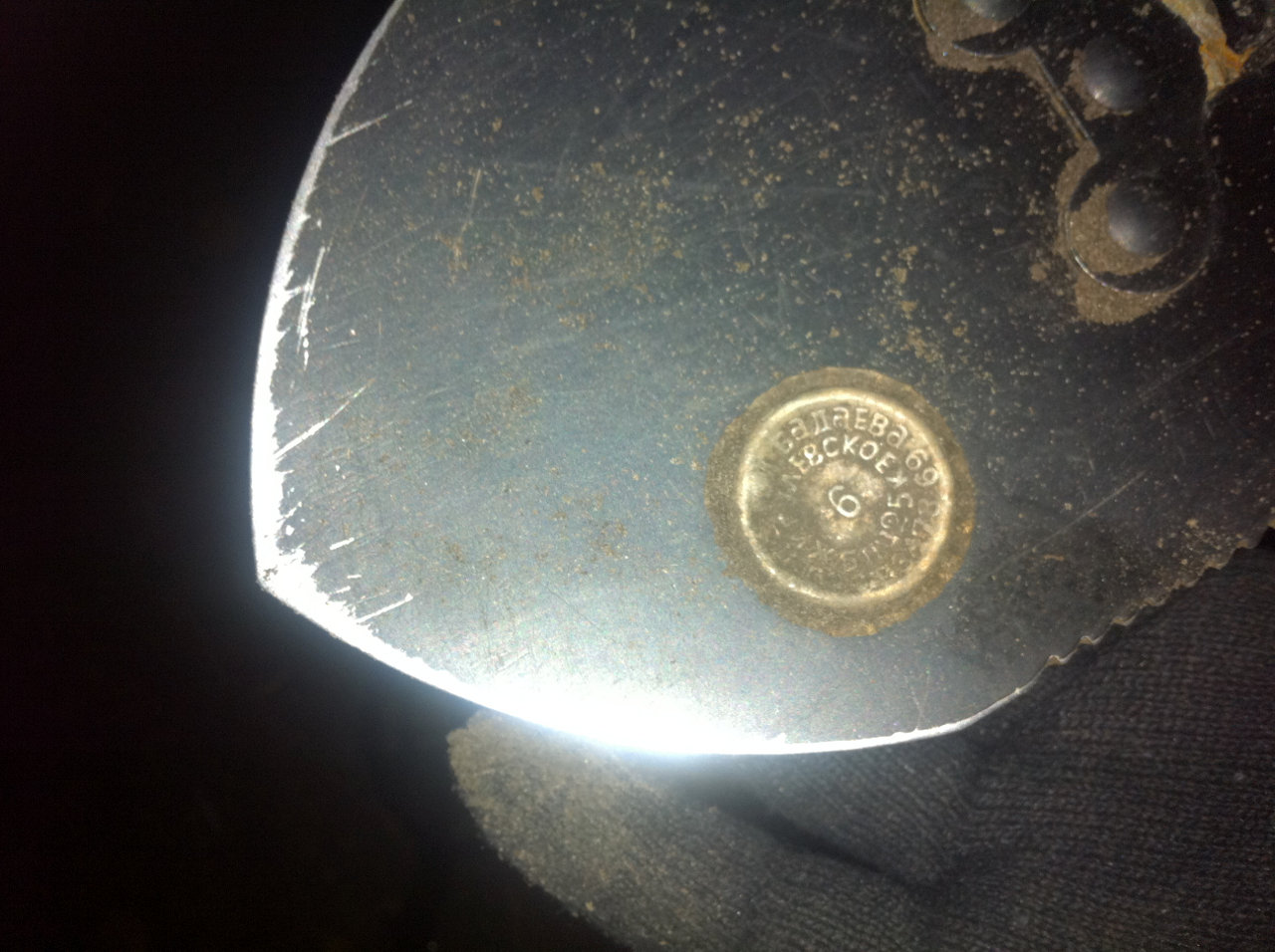 So, we think there is a cap under the coil and we want to dig it out. To avoid damaging the cap you have to determine a “central point” where the cap could be lying. The coil is much larger than a cap, so it’s hard to do this. In this case let’s use one of the MD’s special functions – the pinpoint. By holding this button down and moving the coil crosswise at the same time, we should be able to determine by sound where a cap is lying. Stick the spade 3 inches from this point and excavate a piece of ground. The cap must be in the middle of the pit. Sometimes you can’t find a cap even if you get a signal; it is probably a coin of Soviet period or even older. Don’t hurry to bury a pit: there are very often several coins in one place.

Be ready to see that half of the caps won’t have any pictures and text at all. We call them “bold” caps. If you can find only such bold caps, this area is not a good one: stop searching here and change your location. However, these bold caps must be picked up, too. Although some collectors just rebury them, this is not a good practice because these caps could be detected again, either by you or by someone else. You don’t know what is underground. To know it you have to dig it up again.

By the way, found caps don’t have that pretty, polished view and excellent shape like the ones in our collections. A just-dug-up cap looks like a piece of mud. Sometimes you even can’t define the brewery at first glance. If a cap was burned it has a black scurf and soft metal so that it bends easily. If it was lying in sand it may have little deformations in the metal structure (reactions to acids in the sand). If the soil is acidic a cap could have even more penetration and corrosion. In any case, it will be covered with an oxide layer and you will spend considerable time cleaning that off. You can read more about clearing and restoring such caps here. 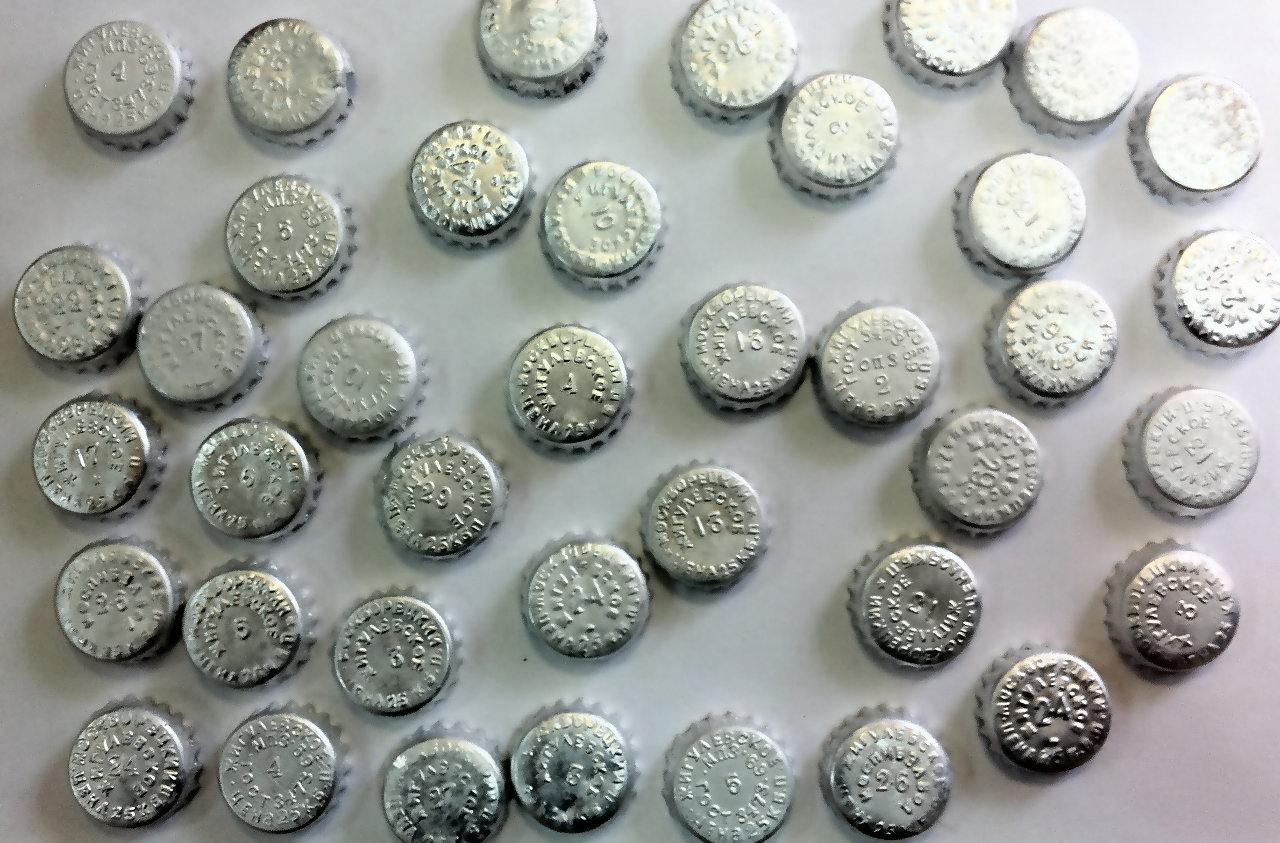 I just want to mention that instead of scouring powder I use “Санита Антижир” cleaner. It is sold in any store in Russia. It’s sufficient to put your caps into it for about 10 minutes and afterwards wash them in water.

This is a general discussion of searching Soviet caps with a MD. At first, you should consider going out with a more experienced friend. For me, the result of a year of searching with a MD is hundreds of new caps for my collection! I have even more in my trade stuff. Searching with a MD is an exciting activity where hours pass like minutes. And even you will lose interest in caps you can always switch to other things, for example to coins. But don’t forget about the laws and be ready to take responsibility in case you violate them. Good luck!