Moscow Interrepublican Winery in the USSR

There is a slight difference in the background colors for different beverages: for vodka, the background is more red, whereas for wine it is more pink. The text and the emblem are identical on both types, and each has a standard rubber-like liner. 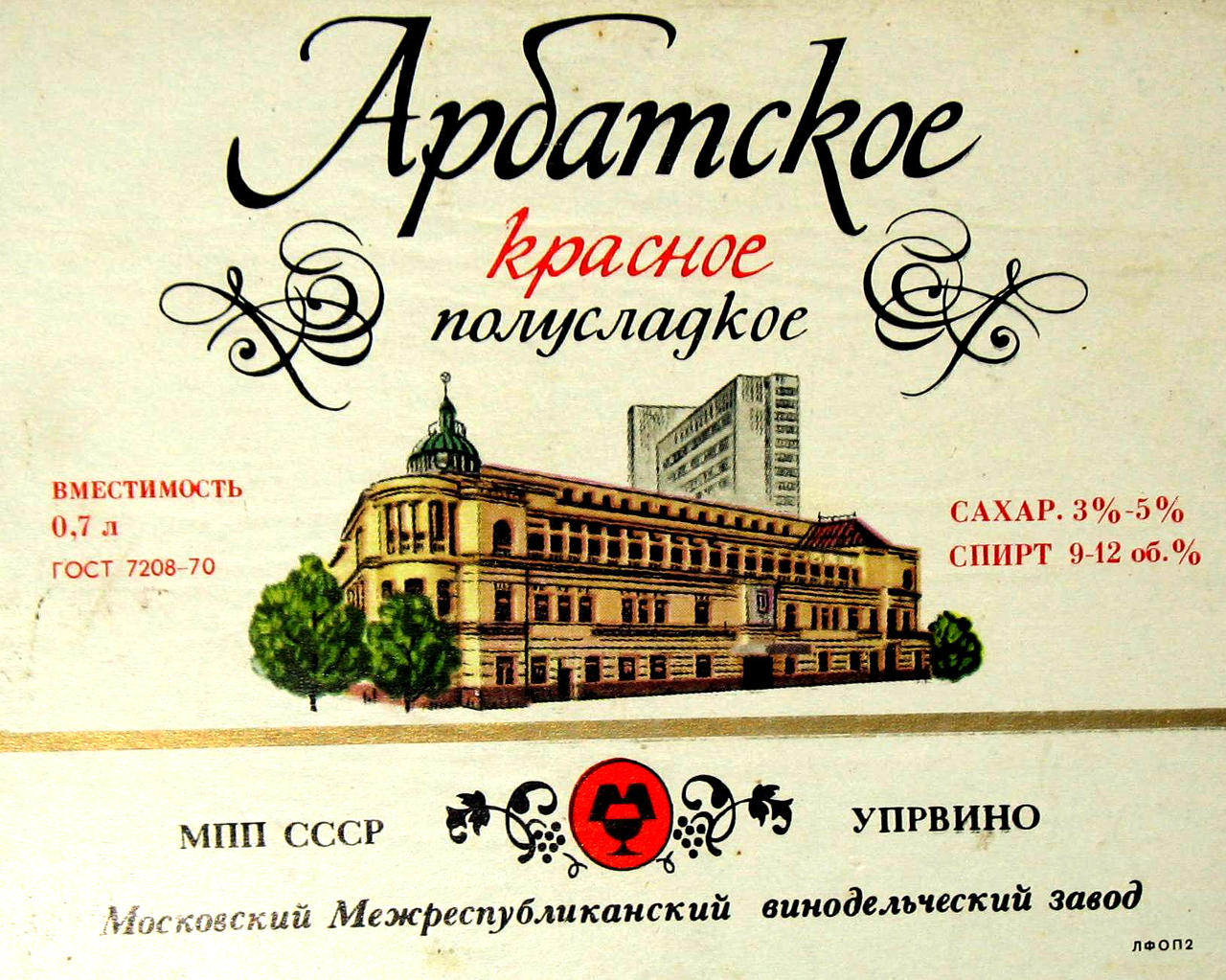 Label of Arbatskoye vine of 1985 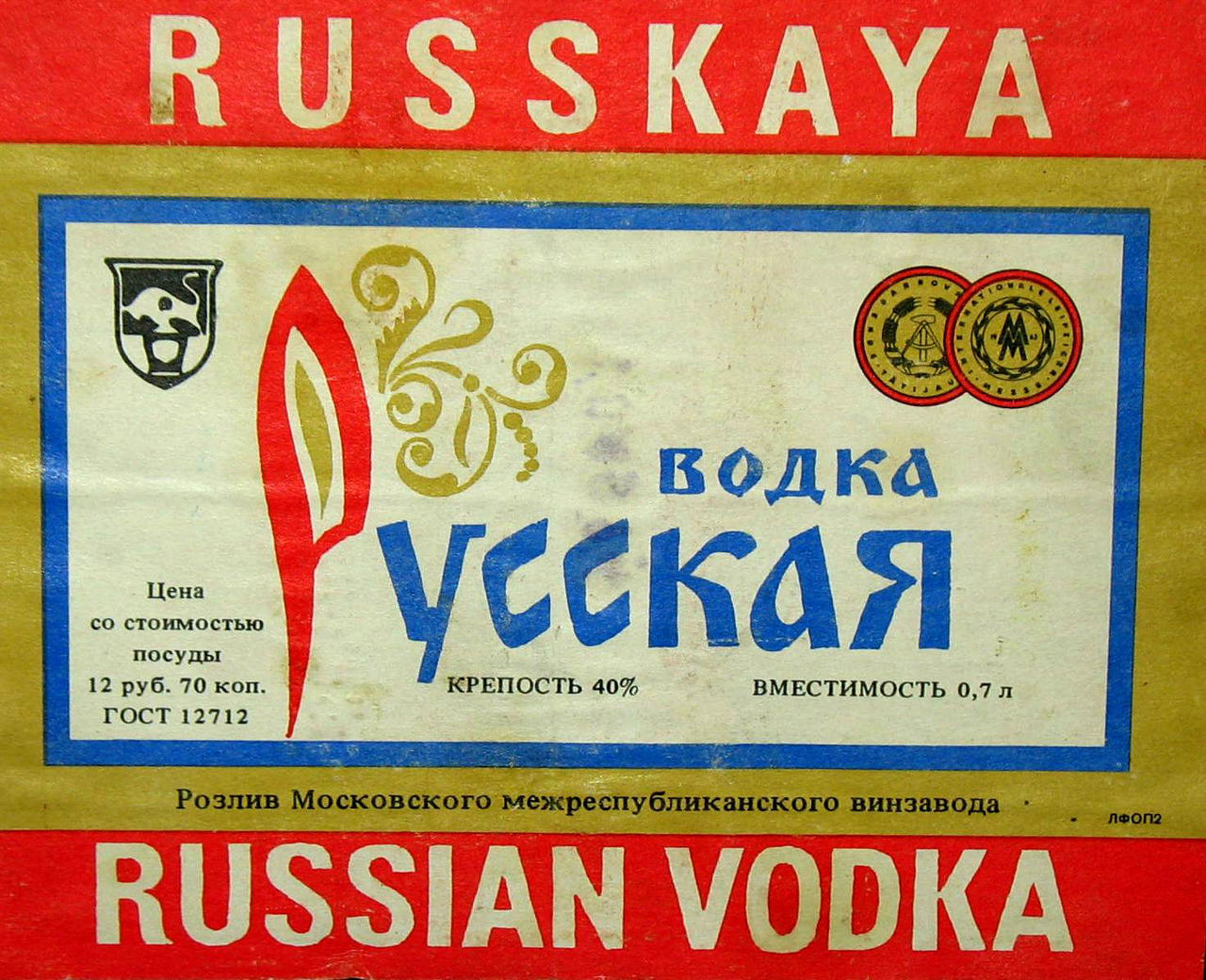 The Russian Vodka label of 1991 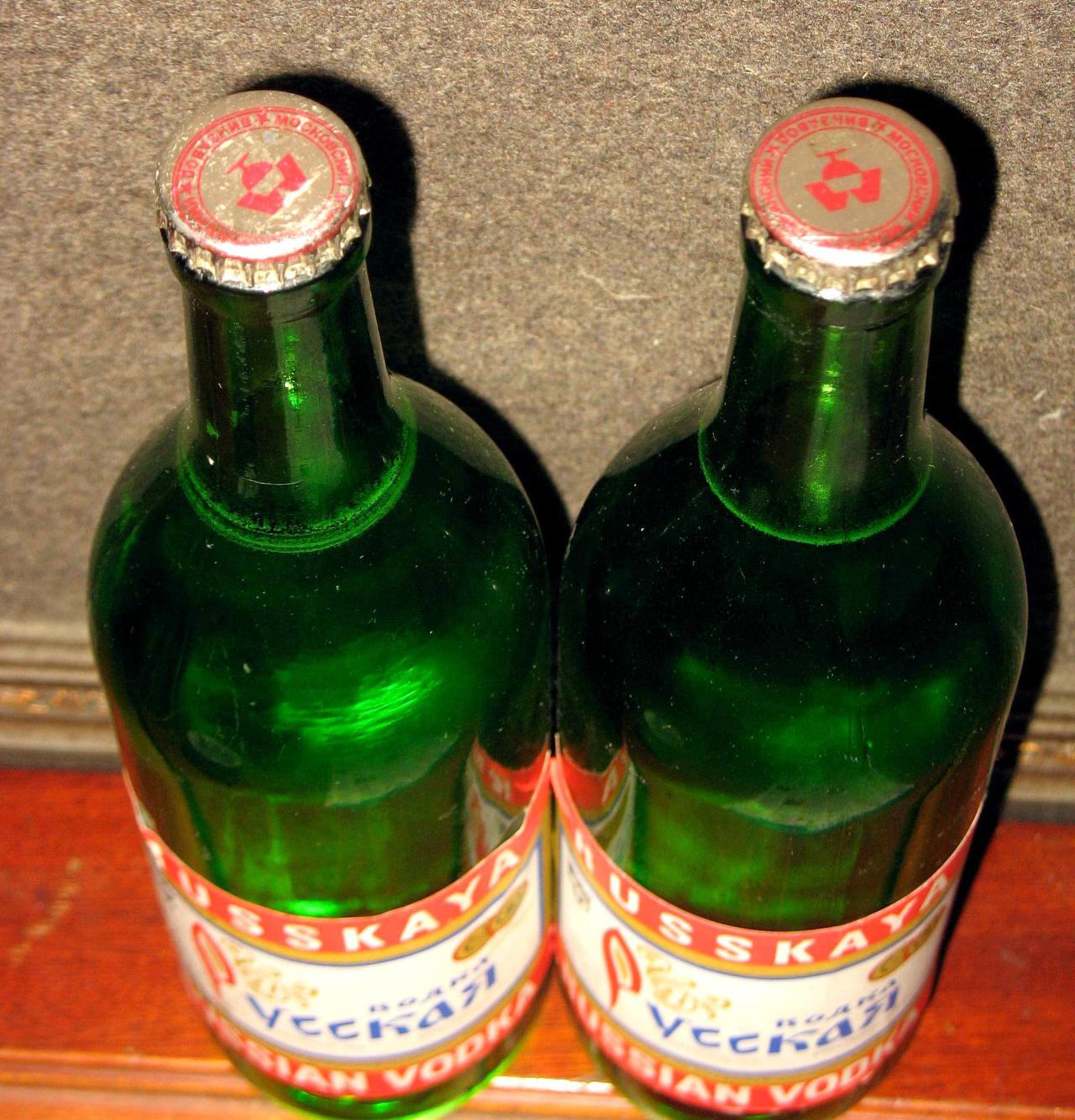 Vodka usually has been packed with special aluminum caps known as Beskozyrka (on Russian “Бескозырка”, in fact originally means a hat in navy). There was no crown caps used on the factory after 1991…