Milk caps in RSFSR* and USSR

There were plenty of caps for milk bottles: carton seals [I have no idea what he means by "circles" if it isn't that], aluminum foil, and even crown caps. Milk packaging did not change significantly for more than a century. For example, in Imperial Russia, milk and milk products in glass bottles were also sealed by the same kinds of seals. That technology subsequently moved to RSFSR* and the USSR as packaging remained unchanged and milk bottles had standard necks.

In the picture below you and see caps from different periods, but we will examine in detail only one kind of cap, that one from the 1930s and 1940s. 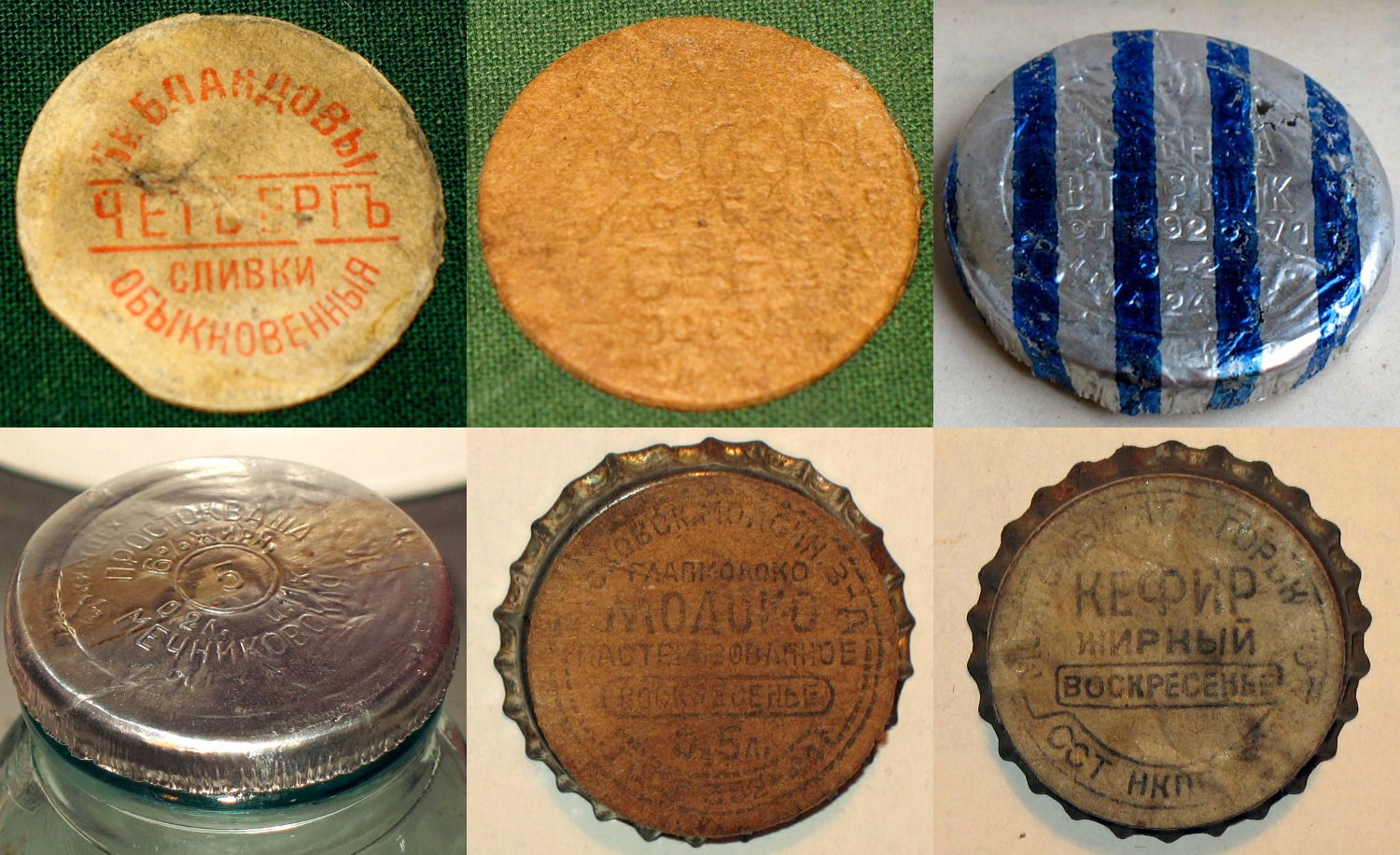 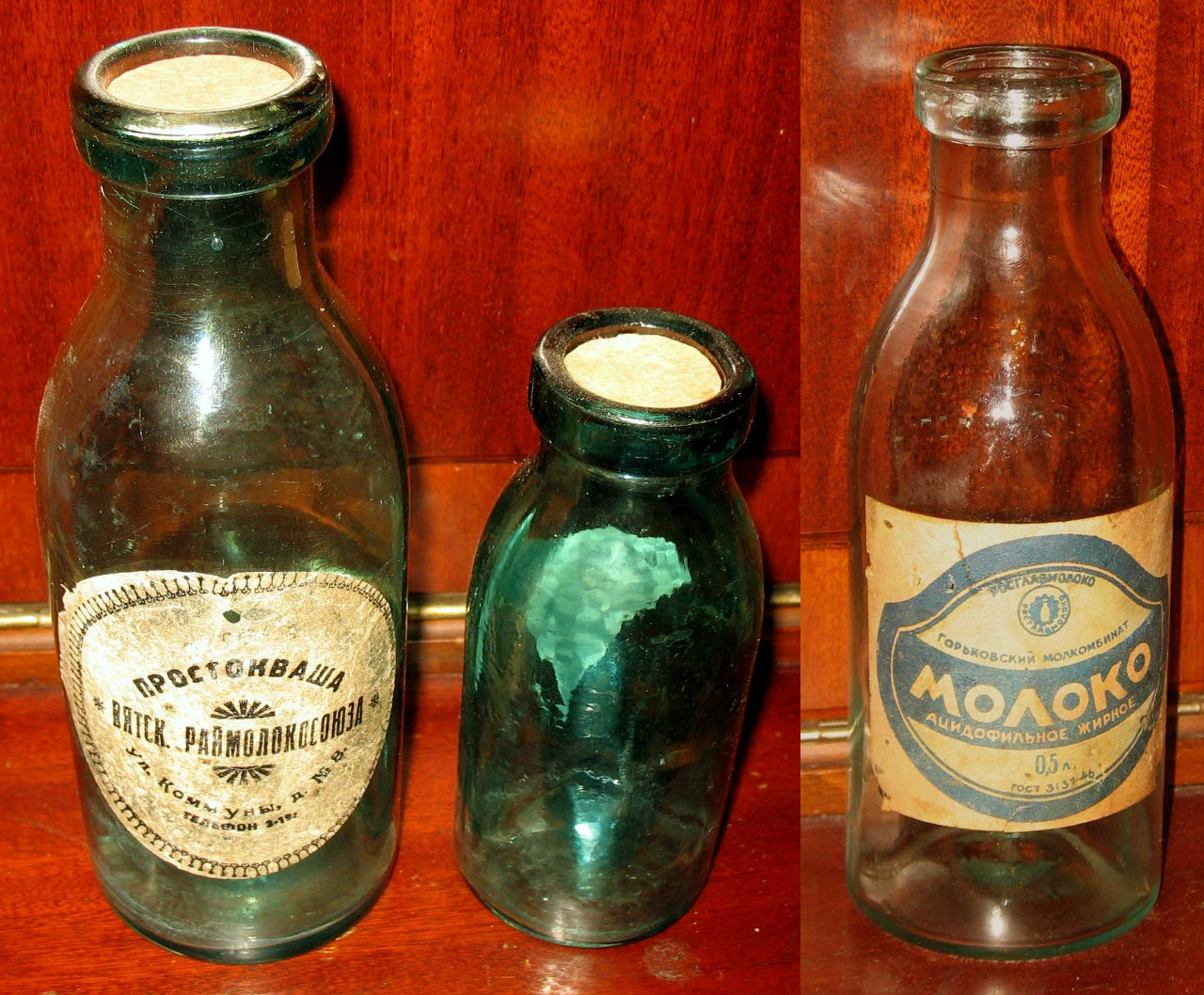 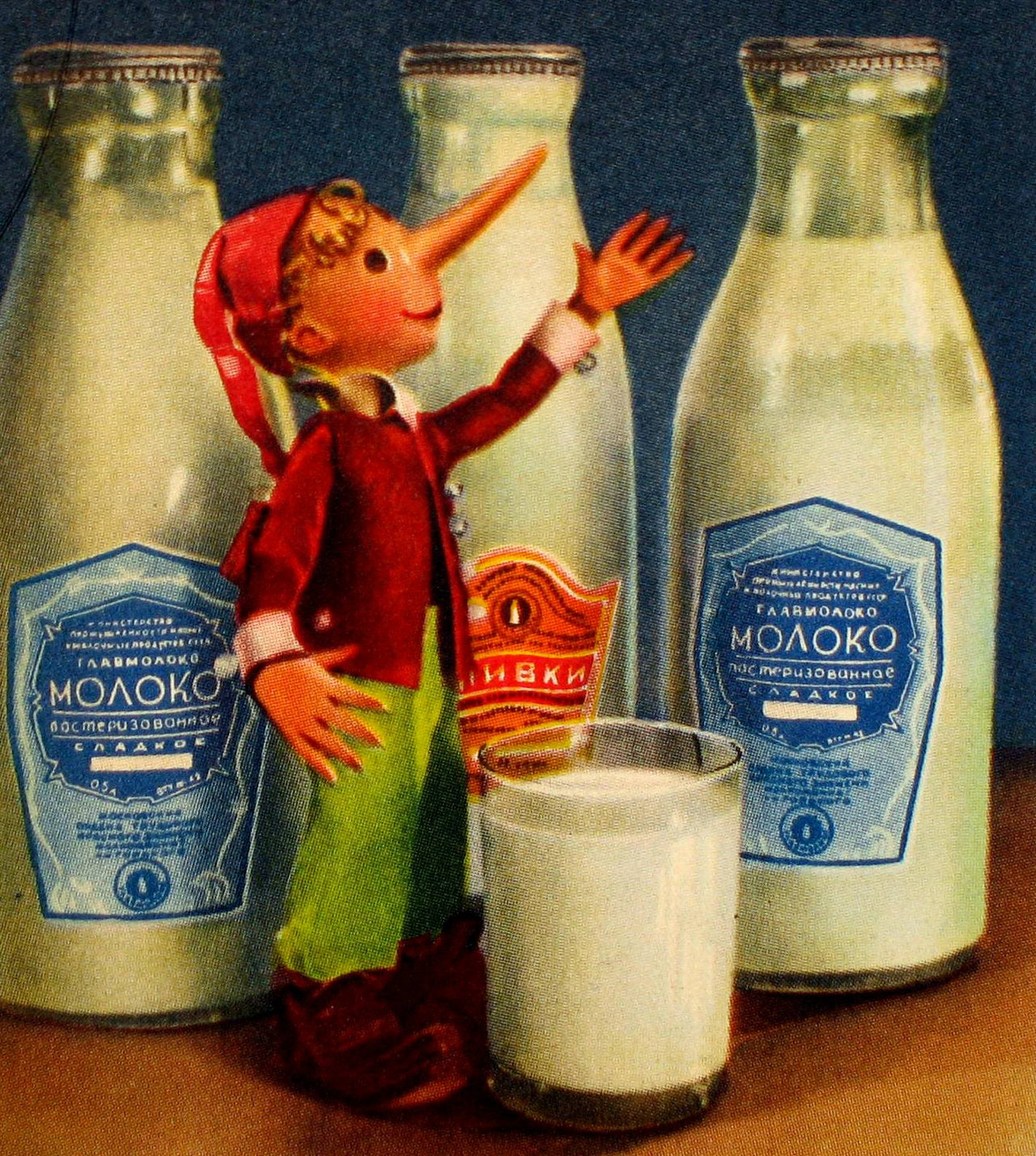 By 1939 there were two sorts of milk packaging: standard and not standard (with crown caps). As we know, in the beginning of the RSFSR and USSR each product was obliged to have a label [my guess here: even if it was only milk] On the cap was placed only the name of the product and the expiration date, except for products made during the 1940s, when the label was glued to the crown cap to seal the carton.

Note that the crown cap from 1939-1945 has 26 ribs and a carton seal. A product label in the form of a carton circle was glued on the top of the cap; the label contained the product markings and the producer's name. 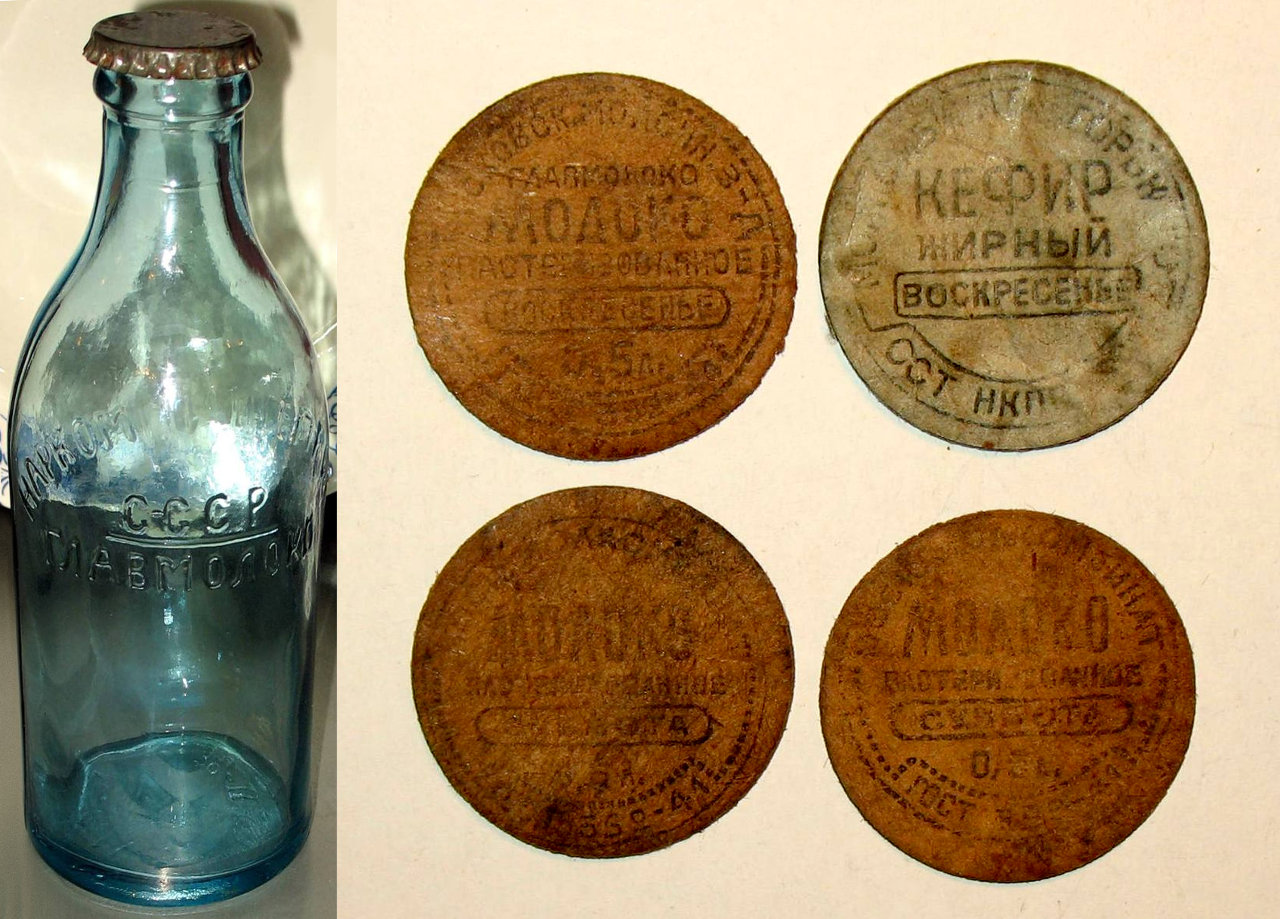 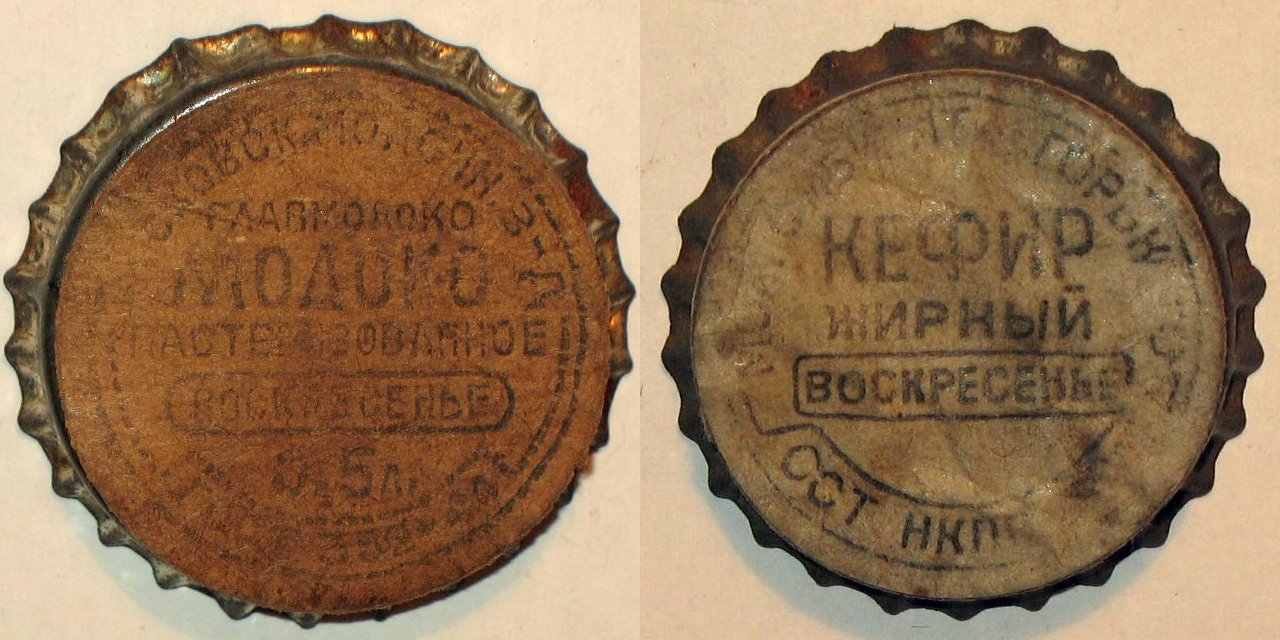 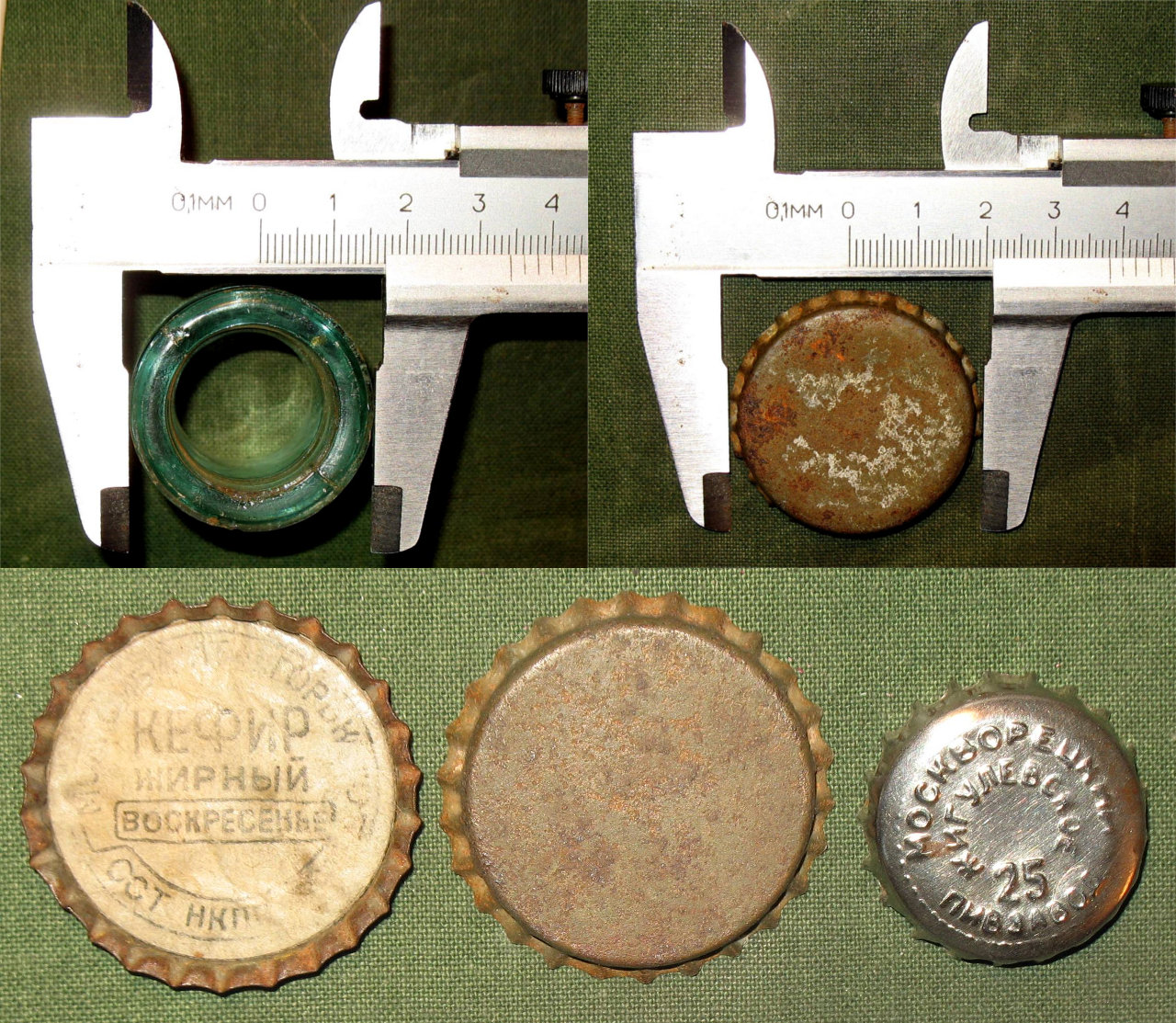 This type of non-standard crown cap is rare, and it is interesting that the crown cap was now being used on milk bottles for the first time in Russian history, with the product label being placed directly on the cap. As far as I know, only ten such caps have survived until now, and six of them are in private collections.

In 1946, "Narkompischeprom" disappeared and the era of the ministries began. Since that time, there have been no such crown caps and bottles. From 1946 until the 1950s, the seal serves as the main closure; from the 1960s until the 1980s aluminum foil began to be used.

So a quick review of these crown caps has given us an opportunity to recall the history of closures used on milk products during the 1930s and 1940s. A detailed approach to collecting has helped us to determine the periods when interesting milk packaging other than standard crown caps was used.