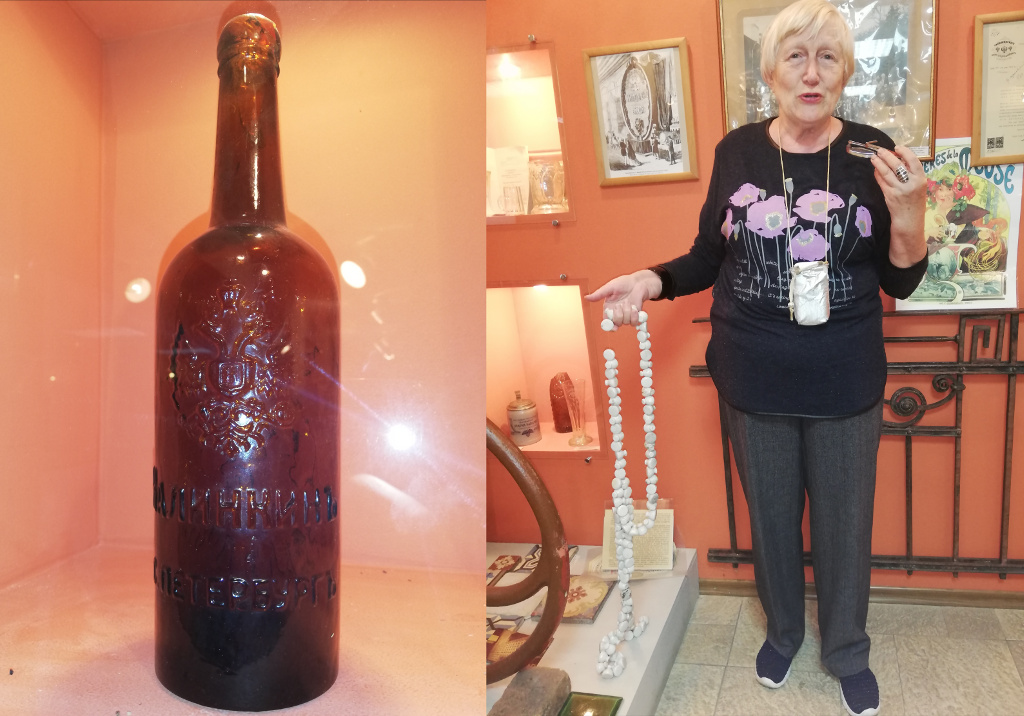 In old Tsar times there were such beautiful bottles, with stamp meaning the brewery was supplier of the Russian empire court. The caps were ceramic, most of them found on the brewery territory.

First of all I was interesting in Soviet crown caps. Inside on of the showcases I discovered one: 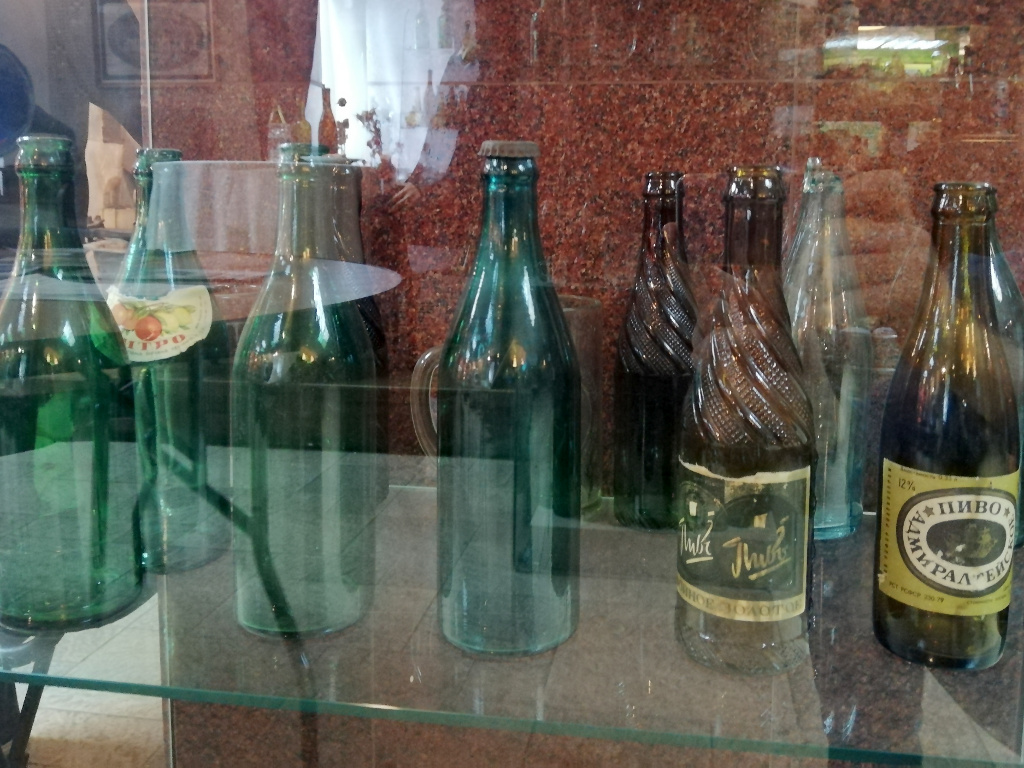 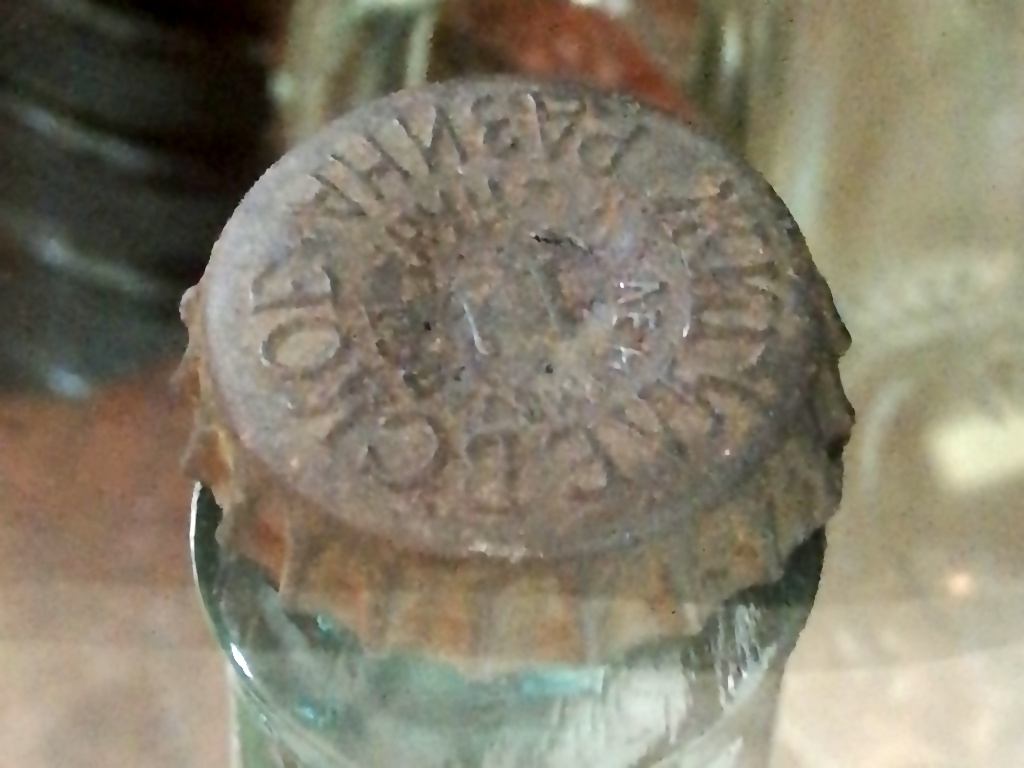 Old Soviet steel crown cap! We had no this date in the catalog. I tried to make a photo, but with no fortune. The showcase had no doors. Galina promised me to shot it when they make a rearrangement... 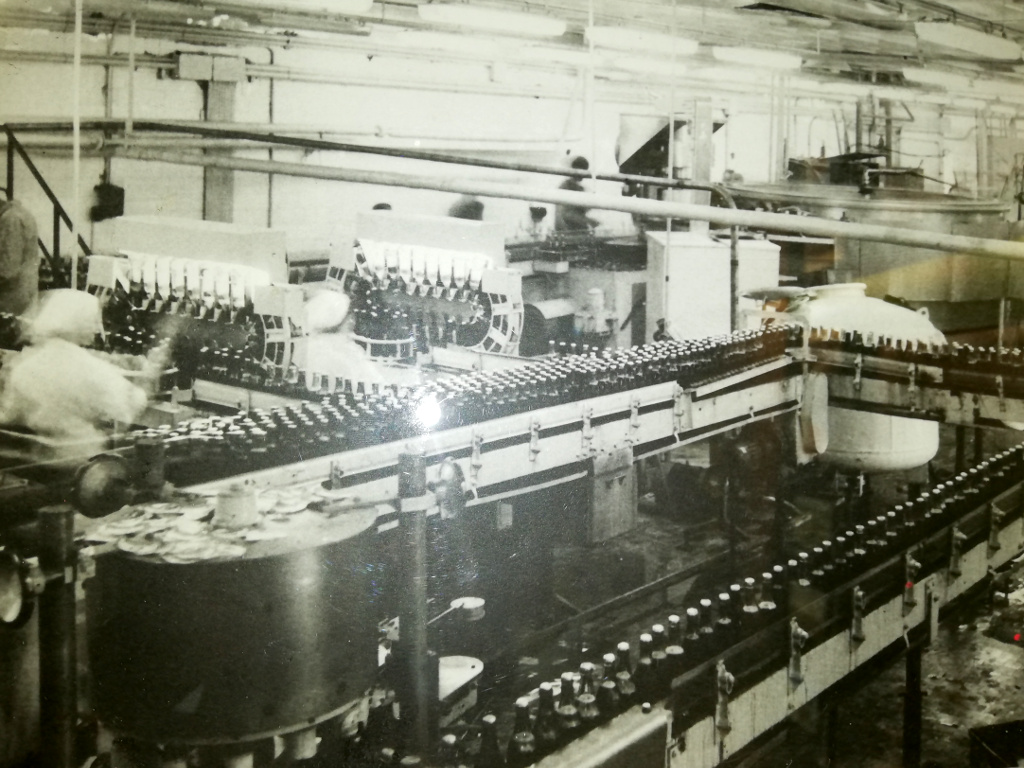 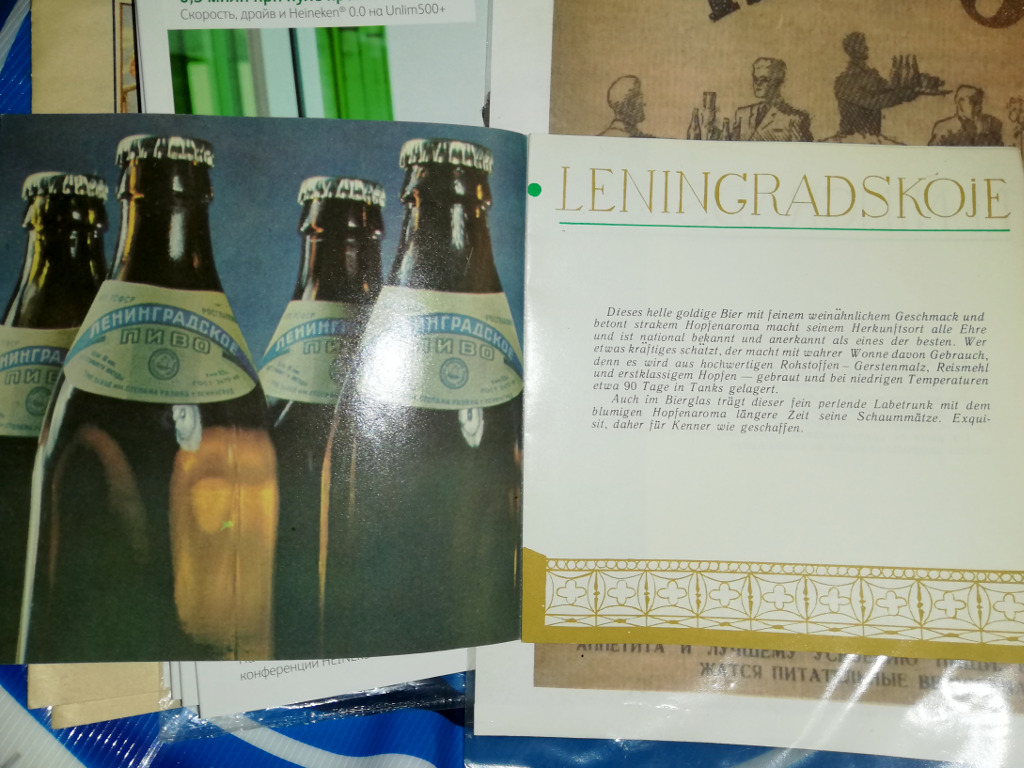 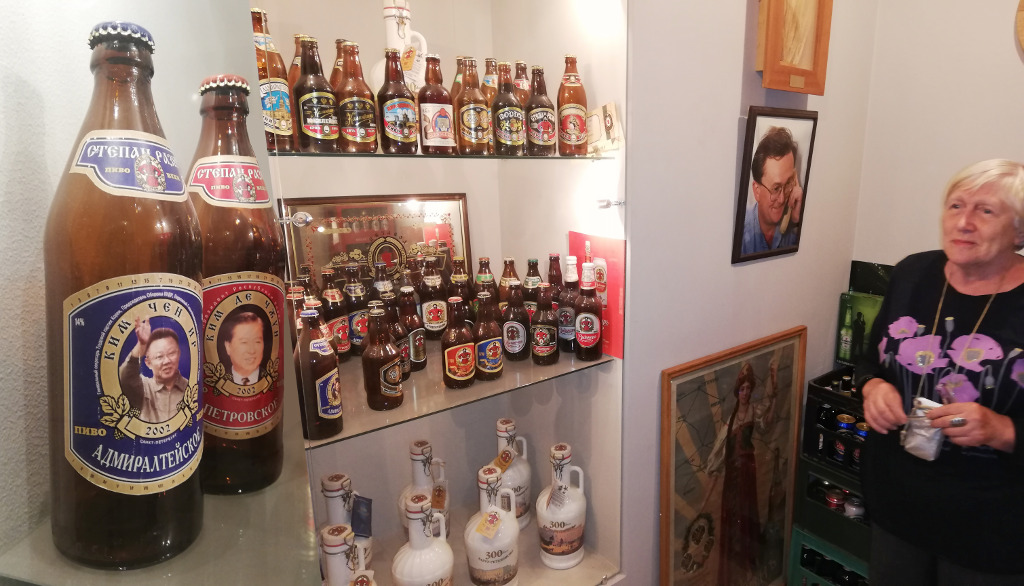